Why Planes Don't Fly Over Antarctica

Have you ever wondered if there are things an airplane simply can’t or won’t do? It turns out that airplanes have strict rules regarding their pathways in the sky - for safety reasons, and for the sake of staying friendly with continental neighbors. Some of the places they’re not allowed to fly over might surprise you!
For example, planes won’t fly directly over the Earth’s poles and over the Pacific Ocean. You can't see planes over Tibet and over the City of Mecca. The airspace over Walt Disney World and Disneyland is also a no-fly zone. The same applies to Area 51 but we don't know why.
Other videos you might like:
A Plane Disappeared And Landed 37 Years Later usvid.net/video/video-0AoJddnJ6SA.html&
10 Things You Didn’t Know About Flight Attendants usvid.net/video/video-V1neQzgKL38.html&
That's Why Airplane Seats Are Almost Always Blue usvid.net/video/video-0esI1IrxCmk.html&
TIMESTAMPS:
Antarctica 0:50
The Earth’s Poles 1:20
the Pacific Ocean 2:43
Tibet 3:19
The City of Mecca 4:09
When It’s Too Hot 4:35
George Washington’s House 5:23
Disney World and Disneyland 5:56
Pantex Nuclear Facility 6:43
Camp David 7:08
Kennedy Space Center 7:56
Area 51 8:30
Buckingham Palace 9:11
The Taj Mahal 9:46
#Planes #aviation #brightside
SUMMARY:
- Due to the windy and snowy conditions of the Antarctic mountains, this area is more prone to white-outs; the pilot wouldn’t be able to see at all!
- The Earth’s north pole has super strong magnetic fields that are constantly changing - their reach and direction can change by miles a year!
- Planes won’t fly over Tibet. This is largely due to the Himalayan Mountains. First of all, if a plane has to land in an emergency situation, mountains aren’t exactly the ideal impromptu runway.
- There’s a strong magnetic field in Makkah. As mentioned earlier, a magnetic field can cause navigational problems for pilots.
- George Washington’s House is considered a National Historic Landmark, so to prevent further damage to the historic home, even from air vibrations in the sky, the airspace above George and Martha’s house was declared a no-fly zone.
- In 2003, the Disney Corporation put “temporary” no-fly zones over both their parks, but somehow, they just stuck.
- Due to the many presidents and world-wide VIPs that visit Camp David, the airspace above the whole compound is a no-fly zone for safety reasons.
- Kennedy Space Center in Florida is a no-fly zone. There’s a lot of NASA and U.S. Airforce activity that goes on here - pretty important work. So safety for all parties is the top priority.
- Buckingham Palace is meant to protect the Queen and the royal family, so of course a no-fly zone was established above it.
- The Indian government place a no-fly zone above the area of the Taj Mahal in 2006 to safeguard this important historical building and the many tourists who come to witness its majesty.
Music by Epidemic Sound www.epidemicsound.com/
Subscribe to Bright Side : goo.gl/rQTJZz
----------------------------------------------------------------------------------------
Our Social Media:
Facebook: facebook.com/brightside/
Instagram: instagram.com/brightgram/
5-Minute Crafts USvid: www.goo.gl/8JVmuC
Stock materials (photos, footages and other):
www.depositphotos.com
www.shutterstock.com
www.eastnews.ru
----------------------------------------------------------------------------------------
For more videos and articles visit:
www.brightside.me/

Hey there, Brightsiders! Which of these places would youlove to visit?

A place that pilots are afraid to land is also Newark

Why would any fly over Antarctica, there’s nothing to see there, only watching sheets of ice collapse in water

They don’t fly Antarctica cause the world if FLAT, yo????😎

It should be but planes should not fly over minar-e-Pakistan and Badshahi Mosque because muslims come there to pry.

Did we forget there is a no fly zone over DC?

Who else came from seeing that one tiktok

planes over the himalayas have additional oxygen supply vs the normal 15mins for this reason. they still fly there.

Due to ETOPS, planes would never have to land on antartica, as no commercial airline has made ETOPS arrangements for there. Planes fly higher than Mt. Everest, so they don't need to worry about crashing into mountains while cruising, EVER. They fly over antartica to get from south america to southern africa

runways are aligned to the MAGNETIC NORTH

Planes DO fly over antartica, just like they do the north pole. they fly over it when going from south america to southern africa.

I was expecting Chernobyl

Hey BRIGHT SIDE I have a request that will you make a Video of Sir SIMON comission Rowlett Acts Dandi March/ Salt Law Please.

We use magnetic headings to fly. But these days with modern avionics and with the help of inertial navigation system we are able to fly using true headings. As a matter of fact inertial systems measure headings based on true north and use earth variation to calculate headings based on magnetic north.

The no fly zone when they see a plane :hip pity hop pity your souls are now my property

Manhattan Island in New York City is a no-fly zone

Manhattan Island in New York City is a no-fly zone

I would suspect that the Kremlin in Moscow, the Forbidden City in Beijing, the Japanese Royal Palace, the exclusion zone around the Chernobyl disaster site, and the Temple Mount in Jerusalem (with the Dome of the Rock) are prohibited areas.

Area 51 is an Air Force base

I actually remember when flights were canceled in Phoenix because it was so hot. Lol

Yoy! Your wrong u flew over the Pacific Ocean from Japan to US and there us a airport in antartica And magents won’t hurt the compass that much cause Canada routes go close to the Borth Pole and Why you always use A340’s To show planes?

only the elite have visited agarta

Messi house is also no flying

Airplanes don't fly over antartica because its not the quickest route. Planes do fly near the north pole and over the north magnetic pole Planes will fly over the pacific ocean and but it all depends on place of departure and destination Planes don't fly over Mecca because its closed or restricted airspace. Emergency flights can pass through Not only can planes not take off because of the air density when its hot but several planes are restricted from operating at temps above 118 set by the manufacture. For most other and larger planes its 126 but again it doesn't have to do with density. Disney Land and World are restricted due to threat of terrorism, not an emergency landing and same with Pantex plant in Amarillo. If you are going to do a video at least get your facts straight.

1. There are many reasons why airplane don't fly over Antarctica. First of all, it's almost impossible to establish Air Traffic Control points on or near the continent. Second, there are no destinations to fly to. Third, and most important, weather and light conditions. In Antarctica is much harder to calculate the time of the day and the pressure drops significantly due to the cold. As, SPOILER ALERT, airplanes don't fly based on 'height', but rather isobaric surfaces (parcels of air with the same pressure/density). Since the area around the poles is less heated by the Sun and due to the Earth's shape, those isobaric surfaces are much lower than usual over the North and even more over the South Pole. And since there are no objectives in the region, there is no reason to fly over there, especially as a comercial airline. 2. 1:30 Mistake. Airports designated their runways relative to the local Magnetic North Orientation. There is a big difference between Magnetic North and True North, which spawns few other differences as well. The biggest of those is that we cannot really measure True North, because it is defined as the Northern end of the imaginary axis around which the Earth rotates. Using sattelites and telescopes, recently we have gained the ability to determine more or less where that point would be, however we cannot measure it with an instrument on board. Magnetic North, well, the name says it all. However, there is a variation between where the Magnetic pole is located and where TN is. Furthermore, there are many magnetic anomalies around the world (like Kursk anomaly which affects most of Central and Northern Europe). Since there is no instrument to measure TN and Magnetic north Varies, you cannot have runways oriented relative to a single point. Runway numbers are formed such that each unit added represents 10 degrees heading from the magnetic North indicated by local instruments. Between the aproach/departure waypoints you don't have variations, so the compass would serve you well. 3. Why airplanes won't fall over the North Pole? Well, as explained at point 1, it has mostly to do with the fact that the isobaric surfaces are much lower, so for the same height, you have more flight levels compared to a temperate zone. This puts problems to safety and navigation. Having two big magnetic anomalies (the Magnetic North over Canada and the Kursk anomaly in Russia) certainly does not really help magnetic navigation. However, saying that airplanes don't fly over the North Pole is a bit of an over-statement. They might not go over the full arctic ocean, but Northern corridors exist and are one of most valuable pieces of airspace out there. 4. Himalayas and everything around. Well, again, isobaric surfaces. Over the mountains those can fluctuate as well. Especially with upwards and downards currents generated by the wind and high altitudes. A FL of 380 for examples is roughly equivalent to 12k meters. However, because the pressure can drop, the altitude of an airplane flying on the same FL can decrease as well. And with such a low margin of error, well, hopefully you won't have to hit a mountain. Of course, safety concers of cabin pressure drop are also valid. In fact, if you were to fly over Tibet, which has an altitude of 5,000 meters, you had nowhere to descent. Average humans can breathe normally up to 3000 meters. You'd be flying 2,000m above that. And at high speed.

If i found the smartest person in the world i will ask why does planes not allowed to go at erea 51.😂😂😂

Is it true there is a "strong magnetic field over Mecca"???

Brightside you are very great 🇯🇵㊗️🍉🇯🇵

So much nonsense in a single video that hurts. I guess the producer also never hear about Global Positioning System, Inertial Reference Systems,and Radio Aids (VORs, DMEs, ADFs, ILSs). But what really hurts is for he gets money for his wrong information.

Even if they could, why would you fly over Antarctica?

No sky zone around the twin towers... wait, that's too late.

jaiden and theodd1sout watching this: mmm it burns there

You scared me when you said area 51

Now i remember why i dont subscribe to this channel, so much misinformation...

How is flying over antaricica any different than a north pole route? Antarctica doesnt get hardly any snow either, the reason planes dont fly over antarctica is because most planes are flying beween locations in the northern hemisphere therefore it makes no sense to use it... u cant use an ocean or the north pole as a good emergency landing either...

wow. this is propaganda. facts are just wrong.

This guy is a NASA nerdy globetard. He has no idea what he's talking about. It's called sea level not sea curve for a reason. Earth is flat
Next videos 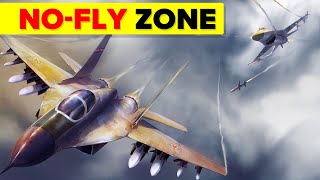 10:20
How Military No Fly Zones Are Actually Enforced
Views 274 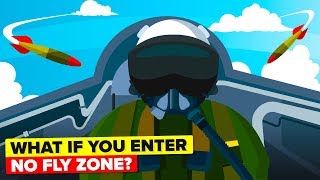 7:30
What Happens If An Airplane Enters No Fly Zone?
Views 1 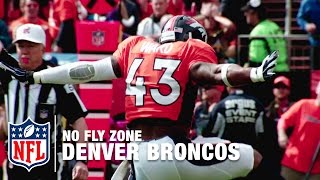 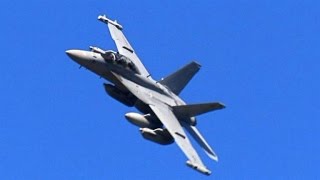 2:56
This Is How a No-Fly Zone Actually Gets Enforced
Views 1 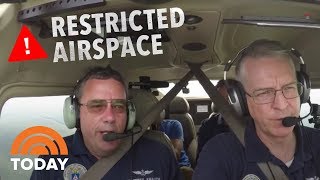 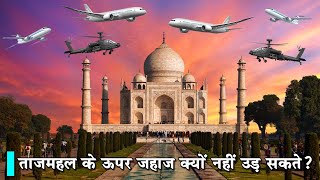 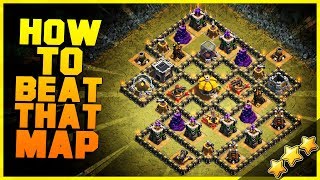 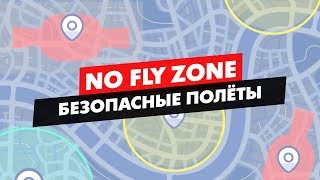 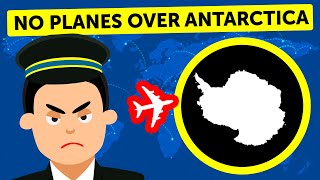 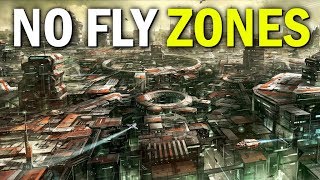 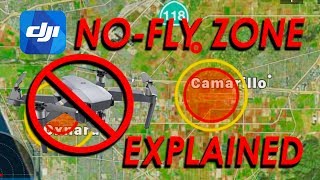 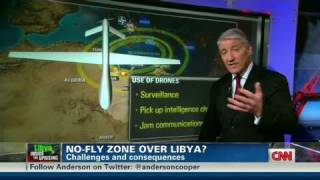 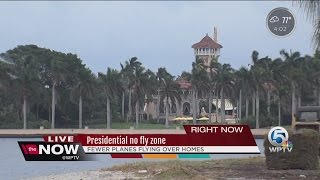 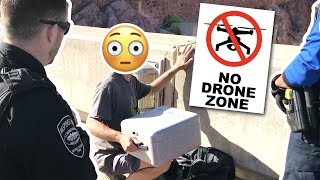 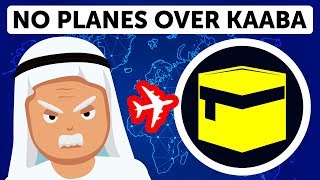 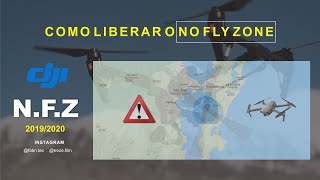 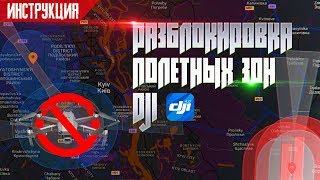 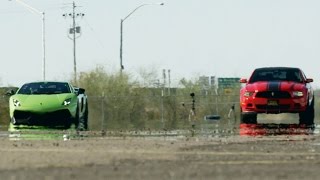 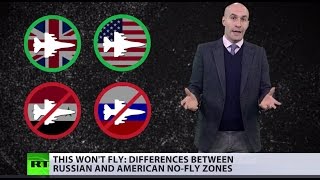